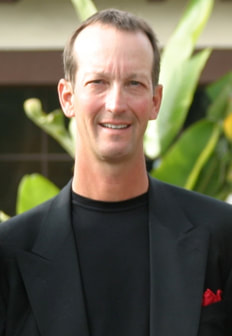 Chuckie Lyons graduated from USC in 1977 with a Degree in Business, emphasis on Real Estate.  Lyons has been a licensed real estate broker in the State of California since 1978.  He has served as a director of the American Industrial Real Estate Association from 1986-89 and 1992, and held the elective positions of Public Relations chair, Treasurer, Special Events chair, Senior Advisory Committee, and Arbitration Committee. Lyons has leased, managed and owned industrial properties in Los Angeles and Orange County since 1979, and currently manages properties totaling over 600,000 square feet including those owned by Chuckie Lyons, David Fu, other close friends and partners.  Lyons’ first land acquisition for development was purchased in 1984, and in 1986 he partnered with David Fu for the purpose of developing and managing industrial property primarily located in south Los Angeles County.  Fu has since moved to Singapore to devote full time to his family’s interests in Singapore, but Lyons still teams with Fu on new developments, the most recent of which were the 70,000 square foot Fu Lyons Signal Hill industrial park on Temple Avenue north of Willow, and the recently completed 110,000 square foot LEED Platinum LD Products building located in the Long Beach Douglas Park. During the past 33 years, Lyons has developed or redeveloped more than 2.2 million square feet of finished industrial buildings for his various partnerships.  Lyons projects have been built for long-term ownership and have consistently produced rents and sales prices in the “A” product comparable category of the rental markets, with emphasis on utility, aesthetics, and quality of construction.  All common area and exterior maintenance items are contracted directly. The properties reflect a well-maintained and uncluttered image, which has been very positive for the community and has tended to raise city planner’s expectations and demands on other property developers as well.  The end result is a steady increase in the entire area’s demand and property values, with industrial parks controlled by Lyons having received various community awards and certifications, setting the newest standards in the marketing area which city planners reference when directing new applicants.